Here's what you need to know about this divisive, complicated issue.

Here's what you need to know about this divisive, complicated issue. 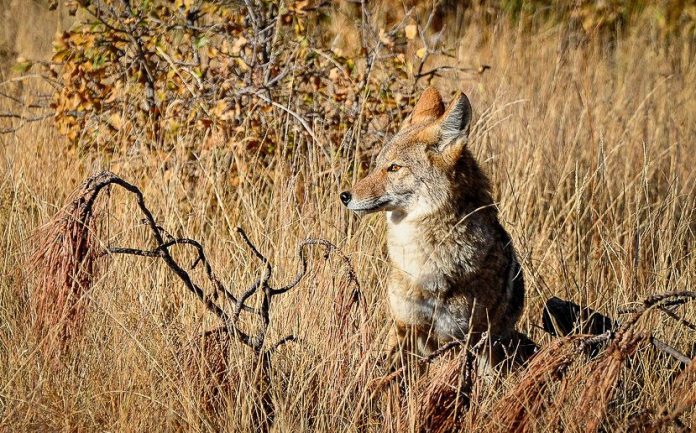 Dramatic stories about an investigation by the Humane Society made headlines in multiple news outlets across the state recently.

At first glance, it seems the Humane Society of The United States uncovered a clandestine cabal engaging in a contest of bloodlust and wanton waste. The reality is more complicated, requiring nuance and context to understand. A closer look reveals as much about the anti-hunting agenda and ethics in the hunting community as it does the contests in question.

This story, then, is less a piece of news than it is a PR effort to further their cause. Whether you love it or hate it, they’ve done a great job getting press.

The stories originated from a Humane Society report, a nine-page PDF titled “Gruesome Indiana wildlife killing contest exposed.” The obvious, but not explicitly stated, motivation for the report is the HSUS is an anti-hunting organization. They have a diverse platform of animal rights issues they advocate for; working to stop hunting is one of their efforts.

This story, then, is less a piece of news than it is a PR effort to further their cause. Whether you love it or hate it, they’ve done a great job getting press.

Documenting and reporting on the “coyote killing contest,” more commonly called a “hunting contest,” is of course fair game, but didn’t require an investigation or going undercover.

No doubt the contest organizers wouldn’t have rolled out the red carpet for the HSUS, but the response would have been due to differing opinions on hunting, not the closed or secret nature of the event.

The other side of this issue is also complicated. Within the hunting community at-large, contests like these aren’t universally accepted or commonplace. For many hunters they’re antiquated at best, unethical at worst. Like many large groups tied together by a broad common interest, internal opinions on hot-button issues range far and wide – and the debate is often heated.

However, the type of hunting the contest is based on is widely practiced, accepted, and considered a legitimate, often necessary, part of wildlife management by the hunting community.

For hunters, the debate over contests like these come down to ethics.

Coyotes are hunted and killed to bring the predator / prey ratio into balance, typically in relation to deer or small game populations in a given area. Livestock predation by coyotes is also often solved by hunting.

In these cases the strategy is to take as many coyotes as necessary, not to kill them indiscriminately. Coyotes are often hunted for their fur as well, which does have a market value or can be used by the hunter.

Hunting coyotes for their fur may or may not be done in conjunction with wildlife management objectives. Currently, coyote populations are not at risk of being dangerously reduced by hunting.

For hunters, the debate over contests like these comes down to ethics. There’s no suggestion of illegality (which the HSUS would like to change) so it’s a question of behavior and decision making.

Very briefly, the ethical perspective is animals are only hunted for legitimate purposes, not wantonly. Game should be harvested as humanely as possible, no more animals should be taken than can be used, or would stress the population.

“Legitimate purposes” gets tricky, but hunting for food, to use the animal in some way, or as a needed wildlife management tool are typically not controversial. Often, hunting is done for a combination of these reasons.

As we drift away from these principles toward killing just for sport, or not making use of the harvest, “hunting” gets harder to defend the further you stray. At some point, it’s no longer hunting, but rather just killing.

Anti-hunting groups, and the individuals within, don’t generally acknowledge hunting as a critical wildlife management tool.

So where then, for the hunting community, do these contests fall? The question is best fleshed out with an additional question only the participants can answer: Were they killing coyotes solely to compete and win prizes, or was there another, ideally legitimate, purpose?

If these folks were hunting coyotes regardless of the contest, and didn’t alter their overall take for the season, then they’re “guilty” of just entering a contest. Scoring, judging, comparing and competing are common in the hunting and fishing world, and is a debate for a different day.

But if participants in the contest were shooting coyotes solely, or even mostly, to win a prize it becomes hard to argue the activity qualifies as hunting.

The honest, unsatisfying, and most likely answer is a mixed bag. Forgive my speculation, but I’d bet the contest was comprised of ethical hunters, people shooting coyotes to maybe win a contest, and quite a few folks in-between.

Outside the hunting community, where the HSUS lives, the debate is different. Anti-hunting groups, and the individuals within, don’t generally acknowledge hunting as a critical wildlife management tool. Nor does the HSUS contribute monetarily to conservation and wildlife management, a burden borne primarily by hunters, fisherman and special funding match programs.

Denying the necessity of hunting is a farce, and isn’t taken seriously by people actually charged with managing wildlife. But yet the fantasy persists, as does it’s logical extension of efforts to undermine hunting.

Targeting elements often riding on the outskirts of defendable, ethical hunting practices – like contests – is smart. A large-scale repeal of hunting isn’t in the cards for Indiana, but chipping away at the edges is a proven strategy.

The question before the hunting community is whether or not contests are worth defending – and they may require it. The intent of the HSUS PR effort is to force the Indiana Department of Natural Resources’ hand to ban the contests.

There’s no reason to believe HSUS is going to cease applying pressure; sooner or later the issue will come to a head. As per our system, a combination of science and politics will determine the outcome.

When the time comes, will the hunting community work to “save” these contests?

The strongest argument, true or not, in favor of an effort is that the repeal of anything even remotely related to hunting puts the whole at risk. In this case, I’m not sure if it’s enough.

Ben Shadley is editor and publisher of the Sporting Report