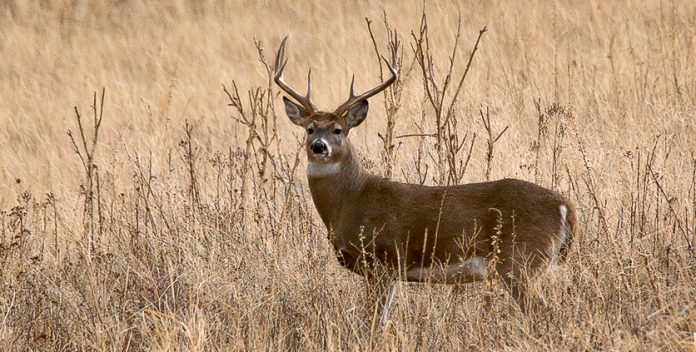 Rarely is the Area Planning Commission and the hunting community concerned over the same topic. But in Franklin County, both groups have been discussing commercial deer hunting – and for good reason.

More than a few local landowners and hunters are concerned that commercial hunting is hurting the quality of the deer herd, and their hunting as a result. They’ve spoken their piece at APC meetings, to DNR officials, to a state representative and to me, among others.

As a life-long hunter, nearly life-long outdoor writer, Franklin County landowner and outdoor guide, I’m familiar with the issue. But I also spent the last few weeks talking to those involved.

An honest discussion about commercial deer hunting has to start with what we do, and don’t, know. In Indiana, charging a person to hunt, or to be guided, isn’t regulated by any federal, state or local department or agency. There is no official list of commercial hunting businesses or their activities.

Any assessment of a deer hunting operation’s effect on the herd is necessarily anecdotal. Deer killed as part of a hunting business and deer killed during the course of non-commercial hunting all look the same when harvest numbers are tallied.

What we do know is that the overall deer herd in Franklin County is stable. According to yearly Indiana Department of Natural Resources deer harvest summaries, since 2005 the county has harvested an average of 2,874 deer per year. The maximum number in this period is 3,078 (2012), the lowest is 2,766 (2006). The standard deviation for this set of numbers is 151, which means these figures aren’t fluctuating wildly.

Considering these numbers, we can conclude commercial deer hunting isn’t hurting the herd county-wide. Some residents, however, are observing a much different trend on a more local level.

Fred Layton and Chris Monroe are hunters and landowners northwest of Brookville concerned with what they believe is a sharp drop in the deer population. They attribute the decline to their close proximity to Bushy Creek Whitetail Outfitters, a commercial hunting business.

Due to sharing a border with Bushy Creek, Layton and Monroe told me they have knowledge of flagrant over-hunting on Bushy Creek’s property and associated leases. They claim too many hunters (clients of Bushy Creek) are killing more deer than the area can handle.

The over-hunting, they believe, is driving down the deer population on their properties and in the general area. Layton and Monroe indicated their opinion is widely held among landowners and hunters in the area. I reached out to Bushy Creek via their website, listed phone number and Facebook. I did not receive a response.

But a lack of statistics doesn’t mean the issue is unimportant. As a business based on hunting, Bushy Creek faces a conflict between resource management and quick profit. The issue isn’t limited to Bushy Creek; any business that makes revenue by hunting faces the same decision. In Franklin County, however, Bushy Creek is the only business of this type.

There’s more than one way to run a hunting operation, but if its business is driven by volume, focusing on maximum harvest for the maximum number of hunters, the deer herd is likely under more pressure than other areas of the county. If more deer are being taken off Bushy Creek’s properties than can be sustained, Layton and Monroe have an excellent case.

Deer behavior isn’t organized by property lines. More often than not, adjacent properties are “sharing” deer that live in the area. Neighboring landowners often experience the benefits or downsides of nearby properties’ management practices.

There’s no formal process for landowners and hunters like Layton and Monroe to address their situation. And there shouldn’t have to be.

Business or not, landowners have a responsibility to manage hunting on their property in line with conservation principles. Ethics, concern for the future of our natural resources and plain old common courtesy demand hunters only take what they can use, and no more than the herd can handle.

I welcome logical debate, but feel comfortable saying the IDNR is doing a good job maintaining the herd down to manageable areas, the county level. But the agency can’t legislate good behavior or control how many people a landowner allows to hunt on his or her property. Good sense practiced by hunters and landowners is indispensable to wildlife management, there’s no way around it.

A hunter can take up to 8 does in Franklin County, which is a whole lot of deer for one person. This number allows those in agriculture to handle problems with deer during the regular season, instead of getting depredation permits. The vast majority of the time this system works just fine. A very small percentage of hunters approach their eight-deer limit, let alone reach it.

Of course, the possibility for abuse is there. But considering the relatively consistent yearly harvest numbers, the high doe limit isn’t a problem at the county level. If the herd numbers falter, looking at that number is a good idea.

As for landowners and hunters like Layton and Monroe, they’re in a tough and unusual spot. Disagreements among landowners on deer management aren’t uncommon, but the possibility of a direct neighbor truly and consistently diminishing the local herd is rare.

The less-than-silver lining is this: A business based on harvesting deer that kills too many deer for too long will decline along with the local herd. In that scenario, deer will eventually move back into the area, but not before the region will have suffered for as long as it takes to be shot out and recover.

As frustrating as it may be for those living it, there’s currently no good legal or regulatory solution that can be efficiently implemented or enforced. And until commercial hunting becomes a widespread problem, I don’t see any legislative action in the near future.

On the local and political level, Layton, Monroe and others are doing exactly what concerned citizens should be. They’re bringing their concerns to county officials and getting in touch with any and all agency and elected officials that have influence on the issue.

They’re also working with other local landowners to encourage actions that benefit their area.

One example is strongly recommending that prospective lessors think twice before letting any business use their property that doesn’t practice proper hunting ethics.

Here’s how to get involved, and contact the relevant parties at the state level. Visit the Indiana Natural Resources Commission website (www.IN.gov/nrc) and familiarize yourself with the rule-making process. They take public commentary and petitions. The NRC can be reached at nrcrules@nrc.IN.gov.

Indiana Deer Biologist Joe Caudell can be reached at: jcaudell@dnr.IN.gov. Caudell can’t do much with just a complaint. If you contact him, be useful. Do your best to provide as much information supporting your concern or suggestion as possible.

For general IDNR communication requests, Marty Benson can be reached at: mbenson@dnr.IN.gov. Benson is the Assistant Communications Director; he can help you find the right person for any INDR- related questions.

Originally published in The Brookville Democrat